To learn more about the art deco period Mosaic: 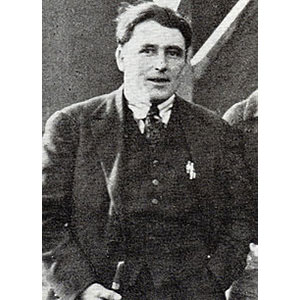 Isidore Odorico is a famous mosaic artist in the 1930s.
In between 1870 and 1920, a genuin enthusiasm for mosaic artwork develops and mosaic is applied on numerous buildings as ceramic, coloured stones, marble ornamental tiling or even smalts, glass mosaics, ceramic wall-covering. Indoors or Outdoors, mosaic is, at that time, prevailing in various period architectures. Later on, it will also be admired in international exhibitions as unique piece.

The ‘Odorico’ mosaic represents an artistic renewal, a mosaic style reference in the 1930’s period.

Originally, the Odorico brothers (mosaic artists, native of the Friuli in Italy) exiled themselves to Rennes (in France) to avoid the economic crisis in Italy. Mosaic artworks became a family tradition and its reputation became international. Following the technical improvements and industrial innovations of that period, especially in the materials (creation of industrial mosaic tiles, hydraulic cement…etc), the Odorico family develops a unique style of mosaic. The ‘Odorico’ mosaic will be celebrated at the International Exposition of Modern Industrial and Decorative Arts, in 1925.

The family business will be flourishing until the war and it will be taken over by the son: Isidore Odorico. Isidore studied Fine Arts and will develop not only the conception of an artistic style but also its hand-crafted transcription. He will be noticed for his unique ‘savoir-faire’ and the Isidore Odorico’s business will leave behind a rich mosaic Heritage. In the days after the 1st world war, the period is prosperous and the mosaic covers numerous cities with its vivid colours, from the North to the South of France.

After the Belle Epoque, construction experiments in the roaring twenties, one of the most flourishing period and Nice benefits from a strong high-end property market development, inspired by the various architectural trends of that period including the Art-Deco style.

See the Art Deco style mosaics exhibition in Nice (French Riviera, 27th February 2014 till 31st October 2014) and come along to the guided tours in the Musicians district, in Nice.

Discovery of the mosaic artist profession, illustrated by an itinerary around Art Deco mosaic ornamentation in Nice’s architecture, in the Musicians district.

A unique historical heritage to be discovered in Nice!

Are you looking for something?